NUKEX combines the core functionality of NUKE with an ‘out of the box’ toolkit of exclusive functionality, removing the need to roundtrip to other applications. NUKEX has it all built right in including a camera tracker, model builder, particle system and much more.﻿

- Share out important day-to-day compositing tasks with a wider team of artists thanks to the two additional NUKE licenses available as Assist for NUKEX, providing core nodes for performing paint, roto, planar and 2D tracking

- Keep creative control at your fingertips and remove the need to roundtrip to other software with NUKEX’s unique range of powerful in-applications tools, including 3D Camera tracker, Planar tracker, Model builder and 3D particle system

- Get film-grade results with NUKEX’s algorithm-based Denoise and FURNACECORE tools, developed by our award-winning research team﻿

Assist for NUKEX
Assist for NUKEX gives you access to two extra NUKE licenses with a core set of nodes for performing the everyday tasks of paint, roto, 2D and planar tracking. It lets you share out essential tasks and scale up and down according to workload and deadlines. Assist for NUKEX comes free with valid maintenance.

The 3D camera tracker integrates directly into NUKE's 2D/3D image processing environment to provide live and in-context access to NUKE's powerful processing tools. This tracker can be used to analyse 2D image sequences and automatically reconstruct the 3D camera with unknown, approximate or known, and constant or varying constraints. A Camera calibrator also lets you track and solve from reference stills, making it useful with set or object modeling.

NUKEX’s camera tracker tool makes it possible to control automatic track selection and distribution, as well as add user-generated track data. It also provides the additional flexibility for creating reference geometry and cards positioned at tracked points in the 3D scene. Having direct access to the scene and camera geometry in this way can dramatically improve the efficiency and accuracy of day-to-day compositing tasks, such as texture re-projection, animated rotoscoping and clean plate generation.﻿ 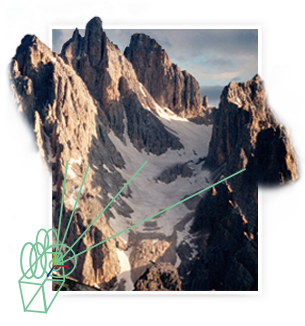 3D particle system
NUKEX’s 3D particle system makes it quick and easy to emit, manipulate and create a range of advanced particle effects - such as breaking windows, dust, fire and rain - without the need to go back and forth from external applications.

Planar tracker
NUKEX’s planar tracker allows you to track areas in your image sequence that lie on a plane, letting you easily place new 2D elements on a flat surface, such as the face of a building, the floor or the side of a car, and then automatically animate with correct perspective as required. This tracker dramatically speeds up common compositing tasks like sign replacement, element inserts and clean plate generation. 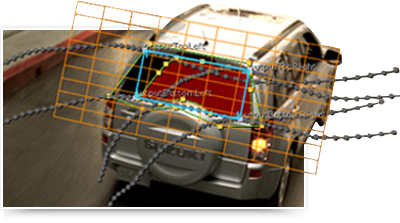 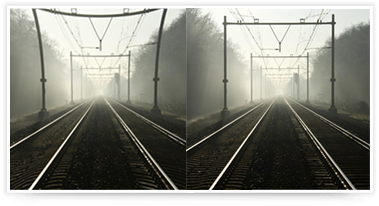 Model builder
NUKEX’s model builder provides an easy way to create 3D models and add them to your image sequences in realistic positions directly in NUKE, using a tracked camera and an input image sequence for visual reference. It’s also possible to use other 3D geometry and point clouds as a reference if you already have these for your scene. UV creation within NUKE’s Model builder and lets you create seams, or ‘unwrap marks’ on models as well as use the UV window to refine unwrapped UV’s live and in context.
﻿
Match grade
NUKEX’s Match grade node automatically modifies the color histogram of an image to match a reference to make grading simple and fast.  The node can be used to extract a baked in grade and match it to the target image when frames are the same across both images, match grades between completely different shots or match elements between source and target shots such as grass areas and face regions within shots.

FURNACECORE plug-ins
NUKEX comes pre-packed with a select number of plugins taken from our award-winning FURNACE toolset to reduce the hard grind of day-to-day compositing. The 7 plugins that come out of the box with NUKEX include tools for:
- Shot clean-up and restoration (F_WireRemoval, F_RigRemoval and F_MatchGrade)
- Noise & grain management (F_ReGrain)
- Shot stabilisation and alignment (F_Steadiness & F_Align)﻿

Pixar RenderMan Pro Server Support
Pixar RenderMan Pro Server Support in NUKEX adds an alternative to the in-built scanline renderer that aligns NUKEX-rendered scenes with the rest of the 3D pipeline.  RenderMan Integration seamlessly matches motion blur and depth of field, whilst also providing more flexible control of new rendering capabilities, such as ray-traced shadows and reflections. You can also inject and manipulate RIB files and statements, allowing you to bring in external shaders and RIB sources from your 3D pipeline and render real elements live without going back to 3D.﻿